When the New York Police Department stopped enforcing street vendor laws this summer due to the coronavirus pandemic, Sharon Morris, 64, was immensely relieved.

A Harlem native and former nurse, Morris has been selling clothing and accessories to supplement her income from Social Security since 2009. During that time, she said she has been frequently cited by police for infractions such as having too many tables or setting up shop too close to the doorway of a business.

“We break the rules because we need to make money,” she said, explaining that she has recently started setting up her tables near businesses more often in order to capitalize on nearby foot traffic.

However, Morris has not been approached by the police in months.

On June 11, Mayor Bill de Blasio announced that police would stop enforcing street vendor laws, including permit violations and regulations about where vendors can operate. The policy change was designed to ease the financial toll the pandemic has taken on the city’s thousands of street vendors. Most street vendors are not eligible for the same kind of government assistance as brick and mortar businesses, such as unemployment insurance or small business relief funds, which can make even a small fine a devastating setback.

The New York Police Department and New York City Department of Small Business Services did not respond to requests for comment.

Today, Morris has set up in front of a halal food truck on West 125th Street. Her three tables — two more than she is legally allowed — are covered in bins full of cloth face masks, decorated with everything from crystal applique to the likeness of former President Barack Obama. She explained that it was thanks to the face masks, along with decreased police intervention, that she was able to make roughly the same amount of money as she had before the pandemic, when her bestsellers were earrings and Black Lives Matter shirts.

“You can’t live on Social Security. If I wasn’t selling face masks I couldn’t survive,” she said.

Morris has witnessed a surge in new street vendors in the neighborhood, a trend she attributes to the financial toll the pandemic has taken on the city.

“It’s about survival. There are a lot of new vendors, people I never saw before. People need money,” she said, gesturing across the street, where residents are lined up around the block for meals from a local food pantry.

Many street vendors struggle to keep track of the laws that dictate how and where they can operate, according to Krishnendu Ray, 58, who is the chair of the Nutrition and Food Studies department at New York University.

“Street vendors get $500 fines for things like having a box on the pavement. There are very complicated rules,” he said.

Lack of enforcement not only provides relief for veteran street vendors like Morris but also creates opportunities for newer vendors and entrepreneurs.

Rozay’s Slushees began in 2019 as a group of friends with a slushie machine in an apartment building in Sugar Hill, recalled manager Shah Jackson, 34. They used to sell their product at outdoor events such as fairs and parades, most of which have been canceled this year due to the pandemic, he said.

This summer, Jackson and Rozay’s Slushees have adapted by becoming a fixture on the corner of West 149th and Broadway. Most evenings, Jackson and his friends can be found gathered around a cooler on the sidewalk. They chat with their customers and blast music late into the night.

The festive atmosphere is part of their business plan.

“Some people come to hang out with us for two, three hours, and they buy four drinks,” Jackson explained.

Jackson admits that Rozay’s Slushees does not have a license to make or sell alcoholic beverages, but he’s not worried about the police.

“They haven’t tried to give it to us since COVID,” he said.

Not everyone is happy about the lack of enforcement.

The corner where Rozay’s Slushees has set up shop this summer is right in front of the Washington Heights Pediatrics clinic, which upset Ronald H. Barbery, 66, the clinic’s administrator.

“I have children coming in and out of the office all day. And it’s not a pleasant thing for them to have to work their way through the clients that are buying illegal booze on the street,” he said.

Barbery called both the police and the mayor’s office in an effort to get rid of Rozay’s Slushees. It didn’t work. But then he decided to work with them.

Eventually, Barbery made a deal with them: Do what you want, as long as you do it after the clinic closes.

“They’re not holding up people in the street. These guys are just trying to earn a buck,” he said. 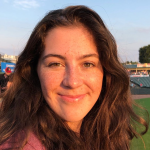