How and why did the coronavirus come back in New York? A timeline

Two months after the first US case of coronavirus was discovered in Seattle, WA, last January, New York became the world epicenter of the Covid-19 crisis. Governor Andrew Cuomo and New York City Mayor Bill de Blasio assured the public they were prepared, but when the virus hit the East coast, it ravaged the city. On average, between the end of March and mid-April, at the height of the pandemic, New York City had over 33,000 new cases and 2,500 deaths every week. By late August, 25,328 people had died in the state.

Public health measures and the adoption of masks and physical distancing worked, however, and by early September, the infection rate in the state and the city had fallen below 1%, a threshold previously set by the state to determine when most businesses could re-open. But just as schools and indoor dining resumed in New York City, the virus resurfaced. By mid-October the infection rate in the state was at 1.39%. Public health authorities have now identified five “clusters” in Brooklyn and Queens ,where some neighborhoods have rates of infections above 6%. On October 13, nine new coronavirus deaths and 1,391 new cases were reported in New York state.

See the timeline below to find out how the pandemic came back to the City. 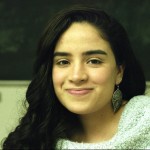