As many families return to New York City this fall, they are searching for nannies who can cook, clean and tutor their children.

The current high-demand nannies tend to have more than just child-care experience to offer, according to the agencies interviewed. Some families need their nannies to take on new roles. Higher income households, for instance, fired their cooks and housekeepers but kept their live-in nannies.

When the pandemic began back in March, nanny and other domestic agencies in New York City found most of their business drying up—families didn’t want new people entering their homes.

At Madison Agency, the phones did not ring and no emails came in for six straight weeks, according to Jackie Mann, senior placement specialist. Maison D’Enfants agency lost 70% of its business in March, says Ellen Livesey, general manager.

Many families that have since returned to New York City have not rehired all of their staff, but they tend to maintain a nanny, says Mann. With many children learning remotely, nannies who can also tutor and help with schoolwork are sought after. Some nannies now take on a housekeeper role, where they cook and clean in the absence of other staff.

These nannies are being paid significantly more than the standard nanny, Mann said. Most nannies at the Wellington Agency make a maximum of $90,000 a year, but nannies who can help with homework or other schoolwork can make up to $150,000 a year.

Some families who had not previously maintained a nanny now find themselves searching for extra help. Until the pandemic struck, families could count on school and extracurriculars to keep their kids busy all day, but parents now have to supervise their kids while they are trying to work from home.

“Today, not only are husband and wife at home trying to work from a small two-three bedroom apartment, but their kids are in the midst of their working space,” explained Mann in an email.

The Wellington Agency needs more nannies with teaching experience to help children with homework and their online classes, says founder and owner April Berube. Nannies have become tutors on top of their usual duties. The agency has turned to social media and other advertising websites to try and find these nannies. It begins its advertising with mass emails to its nannies across the country. The ads include information about the job, such as language requirements and location, and often have images of women reading books or doing schoolwork with children.

Wellington requires its nannies to have previous experience nannying. So, tutors who need work, despite having educational skills, may have a hard time finding work through an agency.

Other hurdles to landing a job have cropped up during the pandemic. Many families do not want to risk their nannies bringing Covid into their households. So, when a nanny interviews at houses, she has to be tested ahead of time.

Maison D’Enfants has a protocol in which both the families and nannies must have a negative test before the trial period. If hired, the nannies will continue to be tested every month.

At Wellington, nannies have a video call with a family as the initial interview. If the first interview is successful, then the nanny will go over to the family’s house wearing a mask and remaining six feet away from the family. The family will then request a negative test to start the trial period.

After testing, they may not get the job, but none of Wellington’s nannies so far have tested positive for Covid.

Another challenge: Many live-in nannies find themselves staying inside their employers’ homes 24/7—even on their days off. Some women at Madison who were live-out nannies were offered the chance to be live-in nannies in locations away from the city.

“It has been a little difficult in terms of your space isn’t really your own,” said Danielle Souza, a previously live-out nanny who transitioned to living full time at her employers’ weekend home. “You don’t really go home at the end of the day.”

But not every nanny could commit to this plan.

Verity Jones, a nanny searching for work with two different agencies, has a boyfriend. She would like to work again as a nanny in New York City, but for some families, the boyfriend is a problem during a pandemic.

“Families would be like, ‘Okay, no, we just don’t want to risk that,’” Jones said. “Or they’re really just kind of, like, empathetic and like, ‘I wouldn’t want to be away from my boyfriend for that long.’” 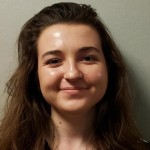