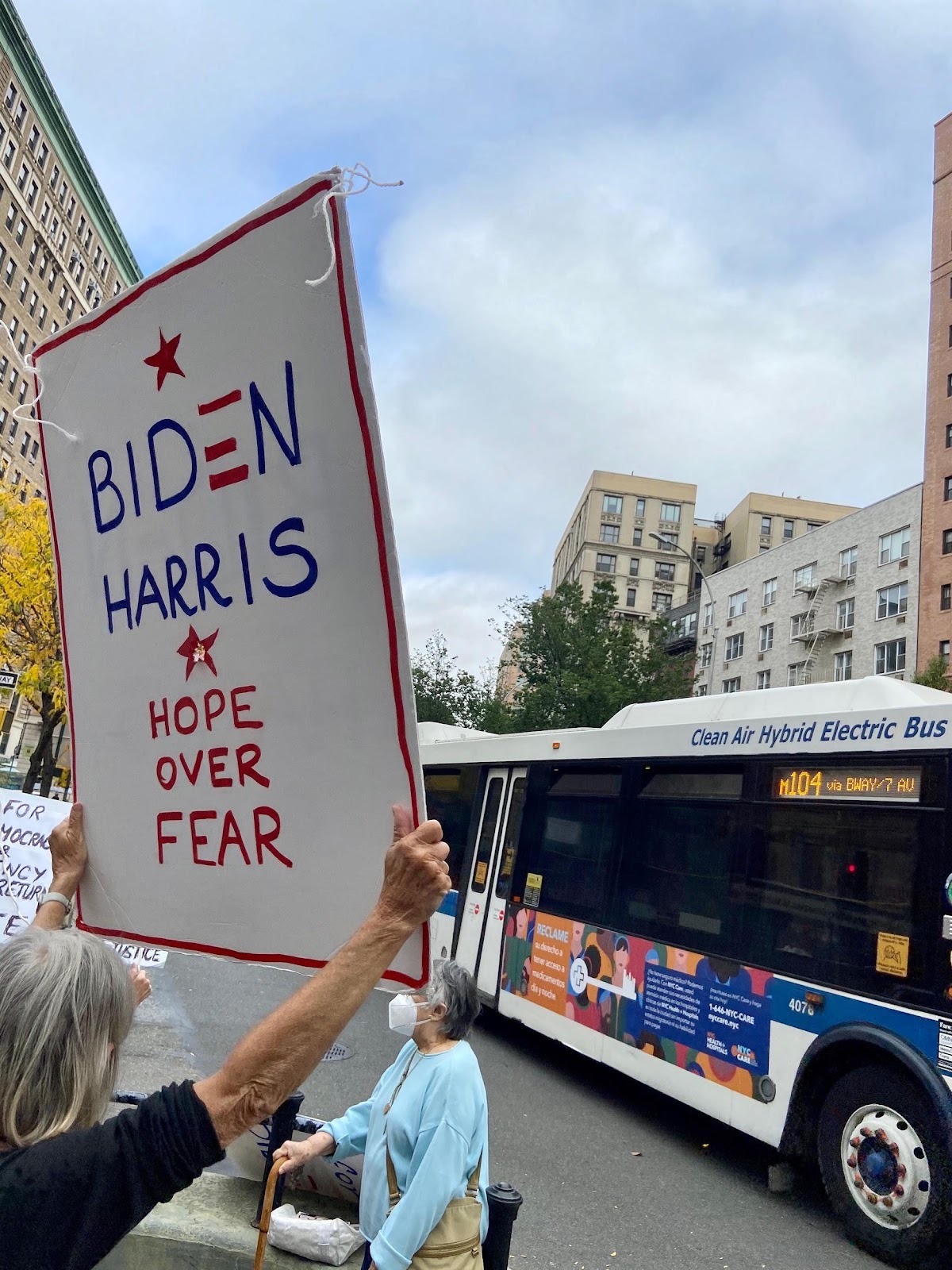 Rikki Samuels encourages drivers on Broadway to show their support for the Democratic nominee.

It’s honks versus f-bombs on West 107th Street. And right now, the honks are winning.

A trio of Manhattan residents have turned an otherwise ordinary intersection on the Upper West Side into a cacophonous public square. Waving signs that direct passersby to “Honk for Biden,” they elicit reactions from New Yorkers of all political stripes.

Andrea Craig, 79, a former restaurateur, and Deirdre Wulf, 82, a former reproductive health researcher, began demonstrating on the corner of Broadway and W.107th St. in June as a display of solidarity with the Black Lives Matter movement. Unable to participate in the strenuous marches because of health concerns, they began making their voices heard on the corner every day from 1 p.m. to 2 p.m.

Samuels joined in July, one of the many enthusiastic residents who walked by and said they’d join the demonstration the next day. Unlike the others, she actually showed up. 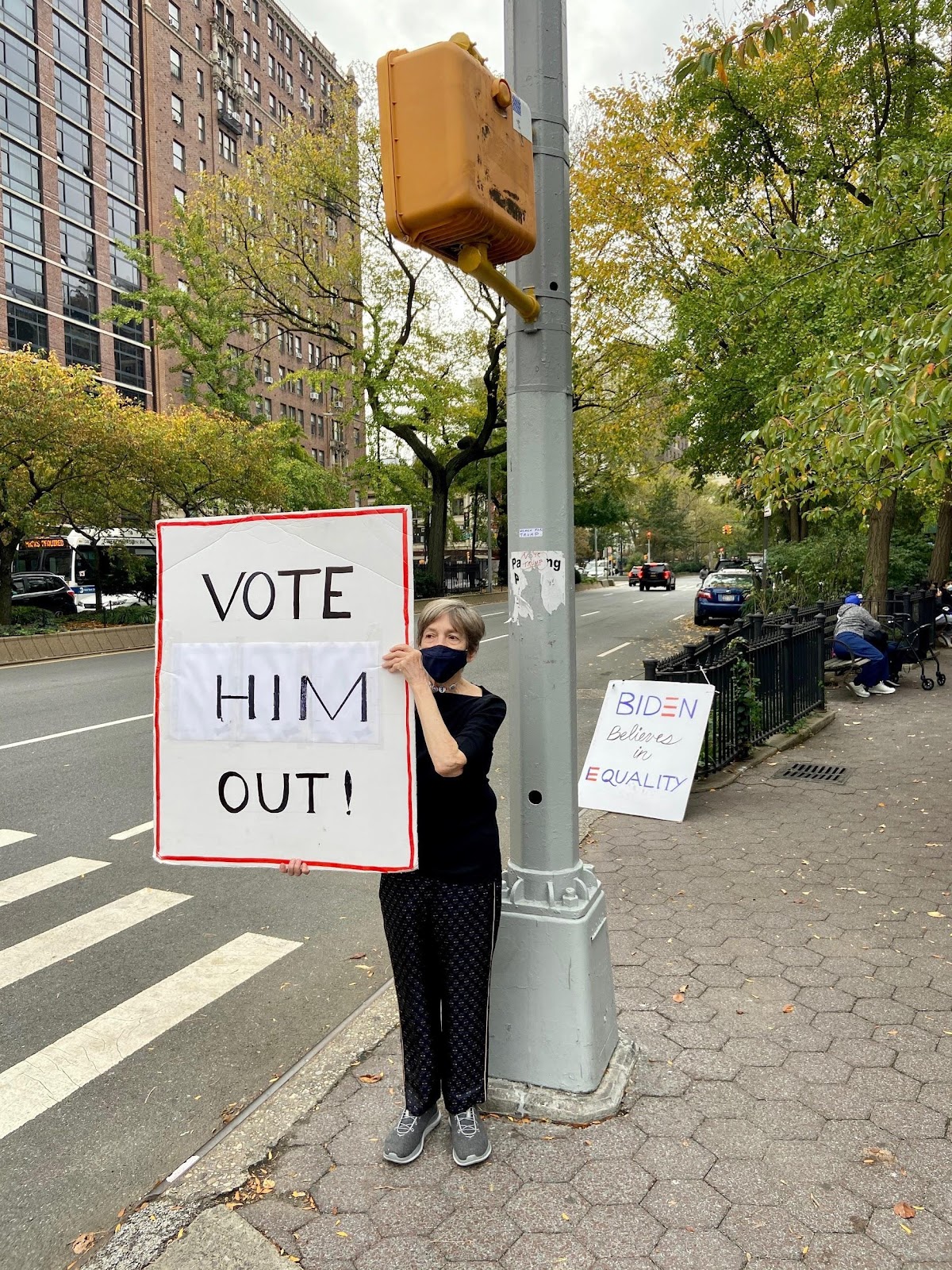 Andrea Craig has been demonstrating on the corner of W.107th and Broadway every day since June, except when there is inclement weather.

In September, a friendly neighbor offered the women extra cardboard posters. He had been making signs with his girlfriend during the pandemic to show support for health care workers. The trio used the infusion of materials for a timely pivot towards expressing their support for the Democratic presidential ticket and mobilizing voters.

“In New York, we know Democrats are not in danger of losing the electoral college,” says Craig. “But we need to raise the popular vote margin. We want it to be so large that it’s overwhelming, especially in an election with so much confusion and suspicion.”

Horns in support blare from every type of vehicle: cars, taxis, Postal Service trucks, and even MTA buses. One woman hurriedly rolled down the window of her taxi to scream, “Honk!” One pedestrian ran up from the crosswalk to jump up and down, yelling “Honk! Honk! Honk!”

Every so often, the group is visited by people who are opposed to their political stances. Sometimes, the altercations can become heated, hurling slurs and middle fingers at them.

But for the group, raising awareness for their beliefs even in the face of agitators is cathartic. Craig and Samuels were both active in community organizing in the 1960s and feel the need to participate in what they feel is a similarly charged political moment.

“The idea of not doing it?” begins Craig.

“We would go crazy,” says Samuels. 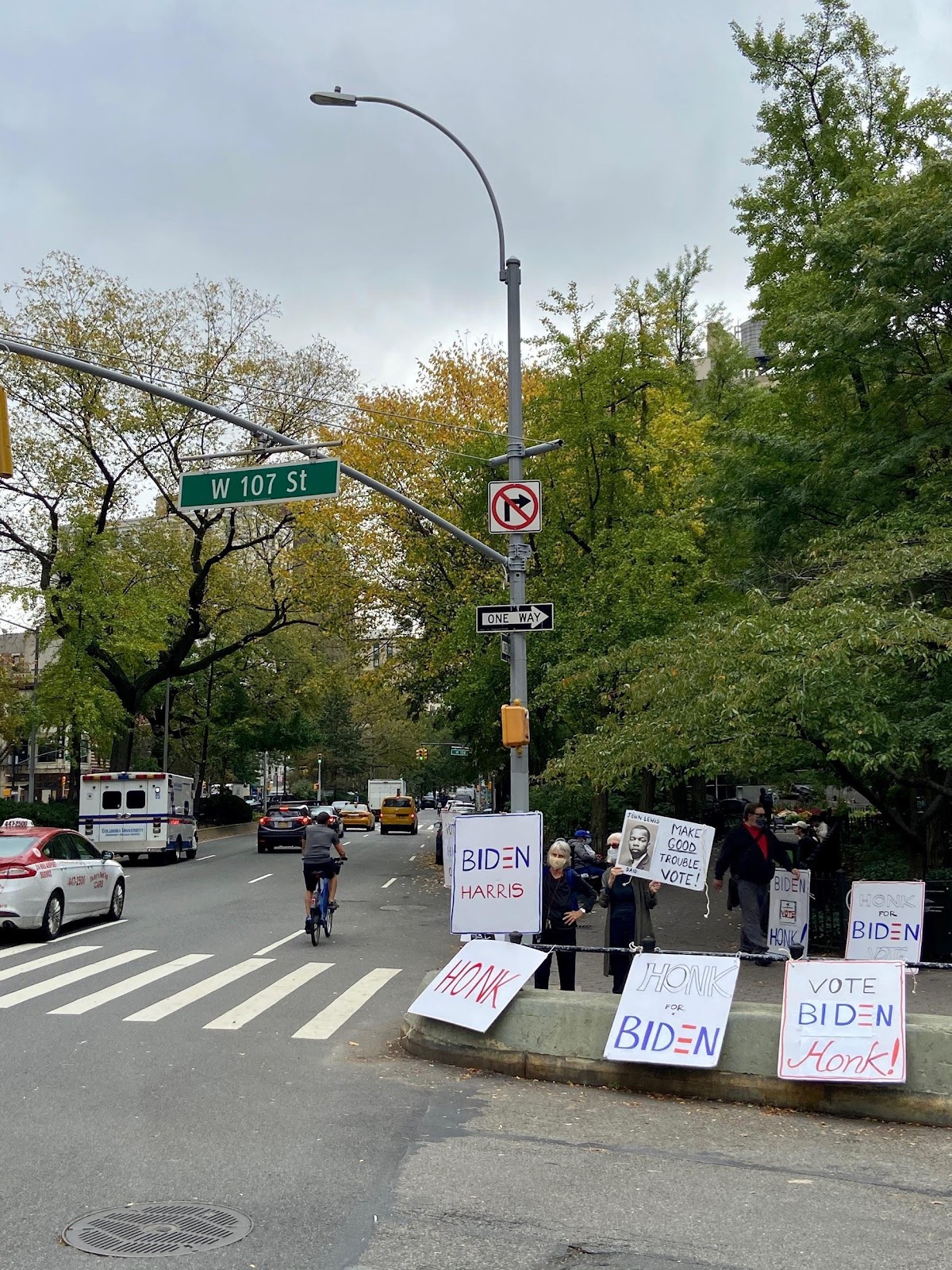 The trio have become fixtures on this block and can now recognize which bus drivers will honk in support.