Divided and determined, Latinos come out to vote

In the 2020 election, Hispanic Americans became the largest voting minority in the United States, a milestone of growth in the influence of Latino voters in American Presidential contests that has been building for years.

But the Latino population is not a monolith, and this year its political diversity became visible to the nation in the first hours of election night, when analysts attributed Donald Trump’s unexpectedly easy win in the battleground state of Florida to a marked shift of Latino voters in Miami-Dade County toward the President.

Overall, Trump captured more than 40 percent of Latino voters, according to a preliminary exit poll cited by CNN; if that figure holds up, Trump’s share of the Latino vote may be the largest captured by a Republican presidential candidate in decades.

Yet Democratic nominee Joe Biden appeared also to have attracted an exceptionally high share of a different group of Latino voters, in Arizona, strengthening Biden’s bid to flip Arizona to the Democratic camp, a potentially crucial step in his path to 270 Electoral Votes and the White House.

What issues and concerns motivated Latino voters in this landmark election? Voters waiting in line Tuesday in Long Island’s Brentwood community, where about two-thirds of residents identify as Hispanic or Latino, provided a snapshot of the national conversation and the diversity of the Latino vote.

For Juan Guevara, 20, a first-time voter, issues of immigration were a primary driver in his support for Biden.

“I’m Hispanic, so there’s a lot of stuff that goes into it, but being able to get my parents residency is one big thing that I want because they’ve been here so long, over ten years,” he said after casting his vote for Biden at the South Middle School polling location.

Biden’s promise to raise taxes above those who make over $400,000 a year also appealed to Guevara. “It helps us out, people who don’t make 400K. We barely make a living,” he said.

Among Hispanic men, Trump has more support than Biden, because they are more concerned about the economy than social justice issues, the New York Times reported. They are also overrepresented in jobs such as law enforcement, the military, and even the Border Patrol and Trump’s promises on law and order, appeal to them.

In July 2017, President Trump visited Suffolk county where he won by 51.77% in the 2016 election. From the stage at the Suffolk Community College, he condemned MS-13, a notorious Central American gang and announced that he would ask Congress to fund 10,000 more Border Patrol agents to crack down on illegal immigration.

Crime, immigration and border security are key issues that resonate with Moreno, 56.

“You get the prostitution, you get the drugs, you get the bad people coming in there, so I do understand that part,” he said. This longtime Brentwood resident said he “went Republican” down the board when he voted at East Middle School on Election Day.

Moreno has lived in Brentwood since 1996 but is now considering moving out because he perceives a gradual deterioration in the neighborhood.

The Latino vote can vary between generations. In a Buzzfeed and Telemundo poll, 60% of young Latinos said they would vote for Biden, whereas only 19% said they would consider voting for Trump. The same report found that race and ethnic equality was the top issue for young Latinos.

Linette Checo voted for the first time with her mother, Mariela Estebez, and her sister, Lisbeth Checo. For Linette Checo, she and her mother, who grew up in the Dominican Republic, have very different political views.

“She’s really religious, but I’m, like, not really in that sort of headspace,” Checo said of her mother. “Since she’s a lot older than me, like our views on LGBT or views on trans people, or views on racism [are] very different.”

Lydia Carcamo, 30, thought it was best to leave nothing to chance and vote on election day as normal, despite the lengthy lines. With so much information and misinformation being thrown around, and concerns about early ballots being manipulated or easily cast aside, she wanted to make sure that her vote would be counted.

Mauricio Hidalgo, a volunteer poll worker, was ready to close the polls at the East Middle School station when he got a call that over 190 people were lining up outside of North Middle School. He drove over to check out the situation and help educate voters about their rights.

“There’s some people who are intimidated by the lines. And they’re like, ‘Oh, I’m not gonna vote by nine o’clock,’” he said, but voters who are in line by 9 p.m. are still allowed to vote.

Mia Vargas, 47, had been waiting for almost 45 minutes when we spoke to her near the back of the line. She said she has never seen lines like this at this location where has voted every election in her 17 years in Brentwood, but was encouraged to see such high turnout.

She had been waiting in her car to stay warm while the line died down for about 20 minutes beforehand. “Instead of getting shorter, it got longer!,” she said.

Claudia Salas, 42, had little enthusiasm for anyone on the ticket, but that did not dissuade her from waiting in the long line outside of North Middle School that continued to grow an hour before the polls closed.

“This year is really frustrating, I’m not happy with any [candidates],” she said. “It’s cold. Boring. But you got to do it.”

Further down the ballot, Ramnarine, first-time voter, said she has a close bond with Democrat State Senator Monica Martinez, of the 3rd District, former assistant principal of Brentwood’s East Middle School, where Ramnarine had just cast her vote.

The Democrat senator, 44, is a Salvadoran-American and still lives in Brentwood. As Chairwoman to the Public Safety Committee she worked on tackling the Long Island gang violence epidemic by placing more oversight on the Suffolk Police Department investigation methods, after reports from news organization ProPublica shed a light on the Department’s sloppy methods.

With other lawmakers, Martinez helped relaunch the investigation of missing teenage boys such as Miguel Moran and others, whose disappearance had received too little attention from the Suffolk Police Department. They told the parents their children were runaways and just didn’t investigate.

For Ramnarine, the 19 year-old Brentwood resident, Trump’s promises from three years ago didn’t resonate. For her, the call to action is simple.  “We just need a change,” she said. 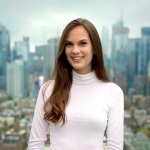 Sabrina is a journalist from El Salvador who is currently based in New York where she is covering Latinx communities and studying at Columbia’s Graduate school of Journalism. She recently graduated with an MSc in Latin American Studies from Oxford University and has published her work in Latin News London, Newsday, WearMe Fashion Prague, the Capital News Service and the Henrico Citizen. 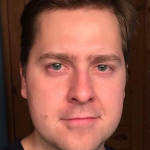