Although many New York City restaurants are struggling to survive the coronavirus pandemic, some entrepreneurs see this challenging climate as a good time to establish new eateries. Between March and September, nearly 2,550 restaurants have launched in the state, according to a Yelp economic impact report.

These openings come as more than 11,000 food and dining establishments in the state shut their doors between March and September, Yelp found. New York City, which has tighter restrictions on indoor dining than elsewhere in the state, is projected to lose one-third of its restaurants and bars — between 8,000 and 12,000 locations — in 2021, according to the Office of the New York State Comptroller.

Columbia Journalism School graduate students Dan Latu and Rachel Roberts spoke with two new restaurant owners about the challenges of launching a business during the pandemic.

Soon after signing a lease in January (or February), , Shweta Khare watched the pandemic unfold and alter her plans for opening an Australian cafe on the Upper West Side. Khare knew starting her business now would look different than what she had planned, but she persisted through the uncertainty and opened Gertrude in August.

Chuck Valla had been working for nearly 10 years as a private chef. When the pandemic hit, he surveyed the industry for the opportunity to bring his creativity and passion for Thai cuisine to Hell’s Kitchen. He opened Valla Table in October. While the second wave may soon hit the city, Valla is confident his restaurant can survive, even if on take-out and deliveries alone. 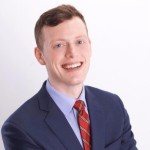 Dan Latu is a current student at the Columbia Graduate School of Journalism and graduate of Boston College. Previously, Dan worked as legislative assistant in the House of Representatives covering housing, financial services, LGBTQ+ rights and other domestic policy issues. 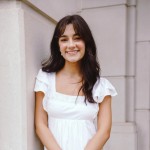