For Helen Uffner and Shanon Hoey, clothing doesn’t have just one life. Rather, after a piece has been discarded by its original owner, both Uffner and Hoey give it a chance at a new life, on screen. To learn how Uffner started her business, read below. To hear how Hoey and Uffner are dealing with the Coronavirus pandemic, listen below.

Uffner was a fine art major at Queens College when she began collecting vintage pieces. After a writeup about her vintage lingerie collection in a fashion forecasting magazine was published, she began receiving requests to furnish inventory for stores. On the side she began selling some vintage pieces. After Woody Allen bought out her entire rack of 1920’s clothing for his film “Zelig”, she “decided that if I rent it, I would get to get the items returned at the end and I wouldn’t have to start from scratch to find inventory,” said Uffner.

Uffner founded her business 42 years ago and one of her first big productions was “Out of Africa” in 1985. Nowadays when she gets a call from a production, Uffner has a system-, it just depends if they are in New York or not.

If they are, then Uffner points them down one of the many double-racked isles in her 8,000-square-foot warehouse in Long Island City. It just depends on what era they are looking for. If Uffner is shipping the clothing, then, “We ask very specific questions: What period does the project take place in, what season, what socioeconomic class, what color palette… The productions often send us the sizes of any principals. We look for the correct options and then send pictures for their approval, ” said Uffner.

Each piece of clothing is inside a clear garment bag, which is sometimes within an opaque hanging bag. A white sheet covers the top of each rack, to ensure that each item of clothing is protected from light. Uffner does not turn on the lights in the aisles unless someone is looking through them, to ensure that these pieces stay as pristine as possible.

She dresses a lot of Westerns, so a lot of her catalog is more subdued brown hues. “It’s interesting that some items that are great for retail are not good for us,” said Uffner. “Bright colors, for instance, stand out too much in a scene. Often directors have a very tight color palette in mind.”

At the start, to assemble her inventory, she used to go to thrift shops, auctions, and big antique fairs. “I think if I wanted to start this business now, I could never do it, because the prices for vintage are so prohibitive,” said Uffner.

Now, she will get calls from families. Uffner bought an assortment of sweater sets from a woman in Brooklyn who was being put into a nursing home. Her family was selling her collection of antiques and they had to talk her into giving away the clothing. ” Only two weeks later, I worked on a movie called “A Beautiful Mind” and they rented all the sweater sets. I wrote to the family right away and the woman was delighted!,” said Uffner.

Being only 12 minutes by subway to midtown Manhattan. Uffner dresses several skits a season for “Saturday Night Live”. “Often, TV writers finish editing skits at the last minute, so the designer often comes on a Friday for a Saturday show,” said Uffner. “Really, if we didn’t have costume houses in New York City, where would designers go at the nth hour?” 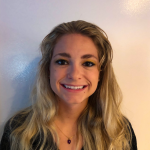 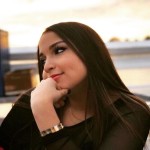